easy-cooking-club
HomeFoodSmoked, Grilled or Barbecued Meat: What You Should Know Before Eating
Food

Smoked, Grilled or Barbecued Meat: What You Should Know Before Eating 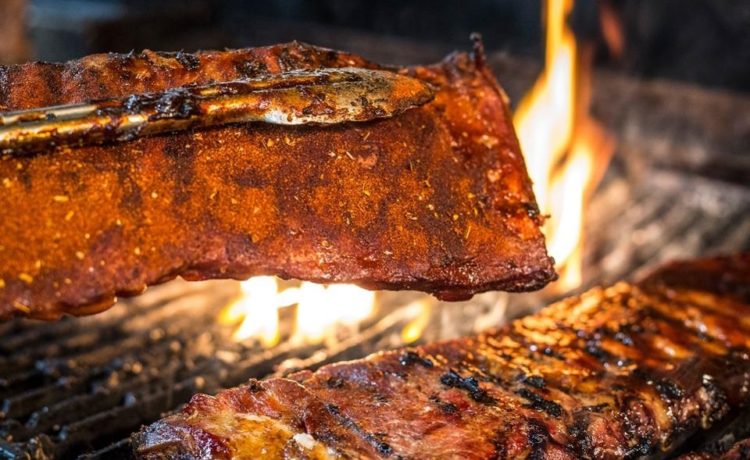 Have you ever argued with a friend over grilling and barbecuing or smoking and grilling? Well, it’s quite common in places, where people from different regions come together to party over a plateful of smoked (barbecued or grilled) meat. The three characteristic cooking methods are seemingly similar, but in reality, they are quite different from each other. Before you get into such an argument with your peers, it’s best to know about the distinguishing factors.

Grilling: What it is and how it’s different

Grilling is all about cooking the meat, fish, veggies or poultry red over a fire. While smoking and barbecuing are about slow-cooking meat over low or medium heat, grilling is done to veggies, fish or other food items and fast. The grilling temperature is mostly over 350 F over gas or charcoal fire. If you’re cooking steaks or chops, the temperature should be somewhere 450-500 F. It’s best to grill meat like strips or ribeye steaks and T-bones, as fast cooking these meats preserves their tenderness without compromising on the taste or juiciness. Grilling meat doesn’t require much skill but for veggies and fish, one should be careful not to burn them.

Barbecue meat and its characteristic deliciousness

Barbecuing is mostly done to large chunks of meat, unlike grilling, e.g. rib roasts, pork shoulders among others. You have to seek low temperatures (200-300 F) to allow proper cooking of the meat. It’s best to use wood chunks, chips or charcoal basket, as barbecuing requires a bit of extra smoke to heat the food slowly, as that’s the primary objective. The meat takes a fiery hot taste if barbecued on charcoal or gas, but it somewhat tastes like smoked meat, if prepared on wood chunks.

Smoking, as the name implies, is the process of extreme barbecuing with the smoke from wood chips, chunks, Cherry wood, Applewood, hickory or anything else, each of which contributes its characteristic flavour to the meat. It’s cooked over minimum heat (125-175 F) so that the smoke is perfectly infused with the meat, giving it the characteristic flavour.

If you wish to have high-quality smoked meat in Montreal, book a table at Jarry Smoked Meat to have a mouthful of their delicious dishes. Smoked meat is considered healthier than its grilled or barbecued peers because it’s lower in fat content, richer in protein, and more natural. Further, the slight acidic coating that forms around the meat while smoking it prevents bacteria from entering it.

And we all crave to satisfy our palate without compromising on our health, right?