easy-cooking-club
HomeFood3 best steaks you must try at a steakhouse!
Food 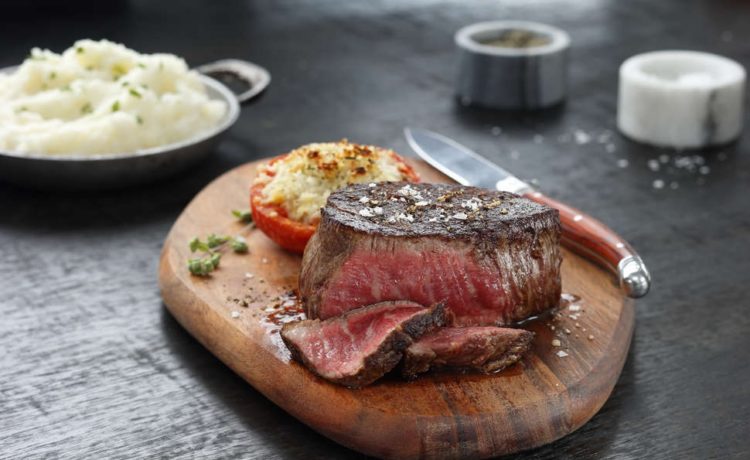 The fascination around grilled meats never ceases for foodies. If you are a fan of beef, you should consider trying different steaks. Steaks come from the fleshy part of the carcass, and the premium cuts can be really expensive, given that only a few steaks can be derived from one animal. Visiting a steakhouse can be a completely different experience for someone who has never tried steaks. Some restaurants in Montreal, such as Rib n reef, serve a wide range of cuts and steaks, and for your help, we have sorted the best ones you must try.

Filet mignon, Châteaubriand, Tenderloin – These are different names for the same cut, which is often considered to be most expensive. The steak comes from the short loin. To be more precise, Châteaubriand is from the thicker side. Tenderloin is usually lean meat, but there is a buttery flavor to it. The outer part is first cooked, or rather seared, in a charcoal pit, and later slow cooked in an oven. The love for Filet mignon is eternal, and you can never have enough of it.

Another popular steak to try is the New York Strip. It is also called the top sirloin or even Manhattan steak. This is a boneless steak that comes from the short loin. While the center of the steak is lean, there is enough fat around the edges, which makes it incredibly tasty and also higher in calories. If you are someone who enjoys beef for the taste alone, this is the steak to try. Much like tenderloin, the steak is cooked/seared on a high flame, or often grilled. It can be further sliced as required to make other recipes, such as sandwiches.

Often called the master steak of all, Porterhouse is a classic meal in itself. It has to be at least 1.25-inch in width and comes from the short loin. This is a steak with the bone, and because it includes a T-shaped bone, it is also called the T-bone steak. Porterhouse is considerably higher in fat content and usually one side of the steak will stick out of the plate- Yes, it is that huge and is best shared. Since this includes two steaks in one serving, it must be cooked carefully, as the tenderloin sears and cooks in no time.

Check online now to find the best steakhouses near you!

Are You Looking for Best Espresso Machine to Prepare Coffee?

What is an industrial cooling compressor?

Which Low Fat Dishes Should You Select And Why

Recipe to Make A Coffee Cake